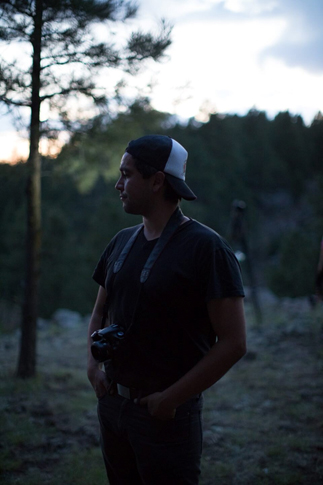 This is how fascism is taking over indigenous minds. Take a look at the link below.

Turning Point USA is taking their alt-right propaganda machine to my backyard and using Diné relatives in a campaign that is warping our image further and victimizing and exploiting us beyond anything I’ve seen before. Anyone actually familiar with real history knows that socialism is not the cause of the problems in tribal nations. The cause is a people ripped from their roots, misplaced and genocided to the point where that voice of those people who inhabited this land for thousands of years is reduced to a mere 2% of the critical decisions made that affect every aspect of life. Our problems are the result of force and brutality, from being forced into submission to being wards of the state, with a government and a Department of War (a.k.a. the B.I.A.) to oversee our every waking moment to be sure that we do not progress in reclaiming and reattaching ourselves to the roots of our indigenous identities and mending the connection to our deeper spirits. This is an ongoing reality.

How do they do this? Through the reservation system of oppression. Litigation and regulations that strip the people of the rightful claim to ancestral territory, and hinders them from doing anything that would make them self-sufficient in any shape or form. So how do people sustain themselves? By joining law enforcement, enlisting in the military, becoming a tribal government employee, doing something for a nonprofit that exists only to alleviate a few symptoms of the issues, or people become part of the energy sector, which usually involves exploitation of lives and resources that poison and destroy when extracted in their own communities. These by design are the only occupations that can sustain families on these reservations, an ugly codependency results.

This ”documentary” ignores these realities by blaming an old adage, a familiar boogey-man. “Socialism and/or communism is what destroyed these people’s lives”is what they are saying, while pretending that none of the trespasses, the aggressions, and the policies exist today that are readily oppressing and disenfranchising tribal communities and people of color in general.

They probably won’t mention that it is actually a form of Authoritarian government and policies that create the imagery you will see in this ridiculous film. Something TPUSA endorses with their sycophancy of the Trump presidency, a man that idolizes Andrew Jackson. Even the title of this ideologically garbage piece is so absurdly, cringingly sick and disgusting, it is difficult to state any thoughts plainly without getting extremely irate, and I’m sure the irony is not lost on the creators, its intentional.

TPUSA is absolute trash I must say.

Fascism is here, and it will infiltrate all of our lives, if you don’t pay attention and resist now!